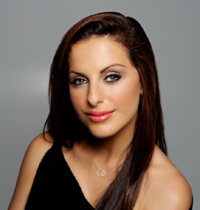 Irene Hopkinson (née Carbone) is a Western Australian–based presenter and MC with an extensive resume filled with TV presenting, event hosting / management, acting, voice-over, and MC experience. Her ability to capture the attention of audiences of any age and background along with her wit and warmth has taken her career from strength to strength.

After discovering her love for performing at the age of 15, she has never looked back. At the age of 18, she was chairperson for the Youth Advisory Council, organiser for Kwinana's Freakfest Art Festival, and was the only Western Australian chosen to go on an international study tour for young leaders. She was running Kwinana Theatre Workshop at the age of just 19 and went on to teach drama and direct productions at schools, Short Fuse Youth Theatre, Barking Gecko Theatre Co, and Joondalup Academy of Performing Arts.

Since majoring in Acting and Performing at Curtin University in 2004, Irene has worked as a MC / presenter both on and off the stage.

In 2005, Irene was employed to develop and host an educational children's show called "The Lulus Show" and liaised with a team of childcare professionals to develop all the routines, songs, and costumes. Three years later, she became the Managing Director and, under her management, The Lulus have fast become Perth's favourite children's entertainers. They have produced a CD, DVD, and educational app, and have appeared on TV shows including Channel 9's "Bibs & Bubs" and it's just a matter of time until they have a regular slot on TV.

Professional, elegant, witty, charismatic, versatile and articulate, Irene is the perfect choice to be the public face for your special event. She really does have it all.

There has been excellent feedback about the event so far, so we really appreciate your involvement. Your whole section of the evening went very smoothly so thanks for your professionalism.

It was delightful working with you all! You were amazing and the kids absolutely adored each and every one of you! The moves, music and choreography was sensational!! Thankyou once again for making this year's event such a success!

A big thank you from the directors of AIS for doing such a great job and helping us make our 20th anniversary event such a big success! Judging by all the comments and reaction from our guests it was a thoroughly enjoyed evening by all and a smashing success. A special thank you from me for making the evening flow seamlessly and for working so closely with Doreen and the Hyatt ensuring all the special little quirks of our evening went off perfectly. Many thanks for being such a wonderful part of our anniversary event.